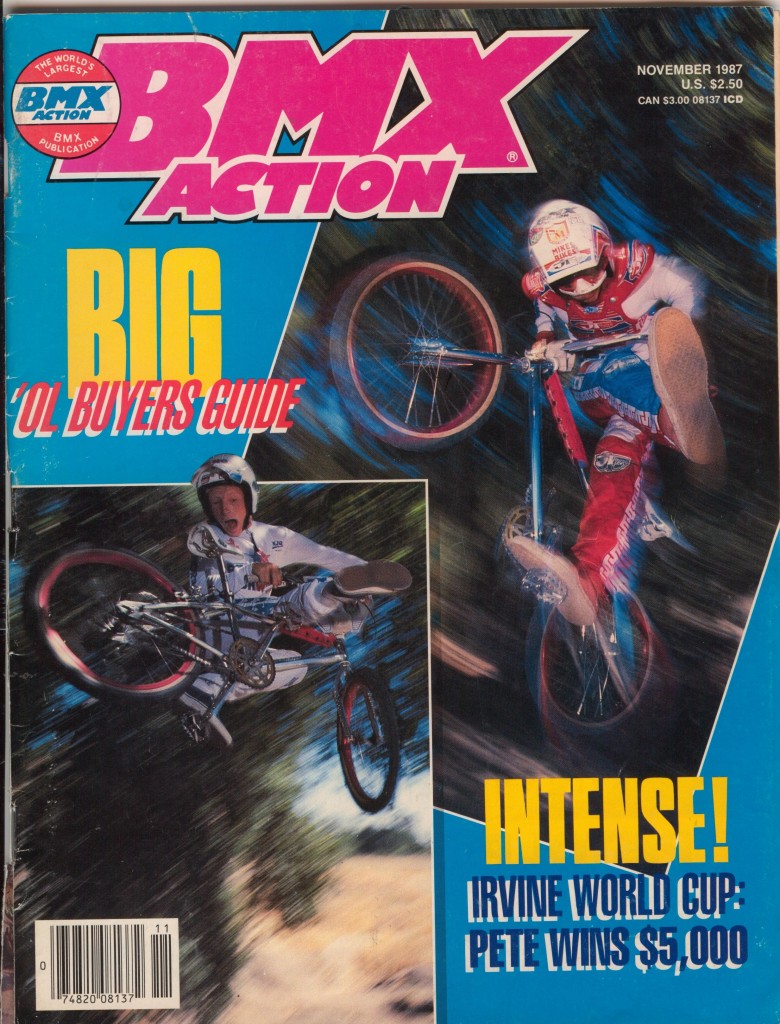 This was the third of four covers Chris would get in BMX Action in 1987/1988, and the first mention of S&M Bikes in a major BMX magazine.

“Then of course, there’s his new company–S&M Bicycles–a combo venture with his good friend Greg Scott. They just received the first batch of frames, which are being made my Cook Bros. Quality frames with short rear ends and high bottom brackets.”

Fuzzy (also on this cover) and Chris met at a Dirt Jumping contest in Colorado during the summer of 1987 and became BMX Action Test Team-mates and friends.

” M.J.C. round III was held at ABA’s Mile High National in Colorado. The ABA put up the 100 dollar purse themselves, this time. And finally, ACTION’s terrifying tester, Mad Dog, got to square off with the smoothest guy in Utah, Tim “Fuzzy” Hall – both featured on this month’s cover. Over the doubles, the Dog built up to his latest thrill -a 360. Fuzzy, not to be outdone, tried a 360 for his first time, landing it super smooth. Then, to the eardrum-breaking cheers of the crowd. M.D. went for something he’s been thinking about but hadn’t ever attempted -a 720. He completed both rotations and ALMOST pulled it off. A slight hang-up of the front wheel threw him. It seemed like the crowd was on Fuzzy’s side-cheering for smoothness over insanity. That was, until Mad Dog pulled off a fully-extended no-hander no-footer. Chris “Mad Dog Moeller held on for his third win.”