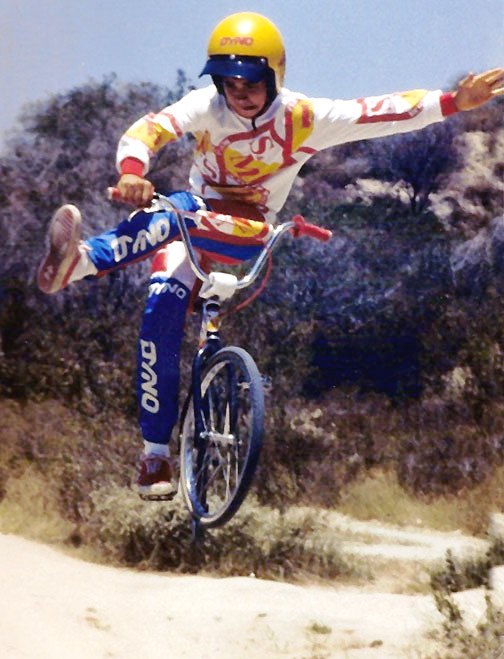 BMX Action november 1987:  “Then came the Lumberjack Nationals in Eugene, Oregon for Round Four. This time, M.D.’s main comp was 14-year-old Brian Hernandez -an Irvine “Wall” local and part-time trainee of the Dog. Despite Chris doings double cancan, a can-can Hannah, a 360 into the crowd, and a clean nofooter/one-hander, Hernandez wowed the packed sidelines with numerous no-handed variations. It was real close, but the ABA decided the crowd screamed louder for Hernandez. Applause meters should be ordered.”