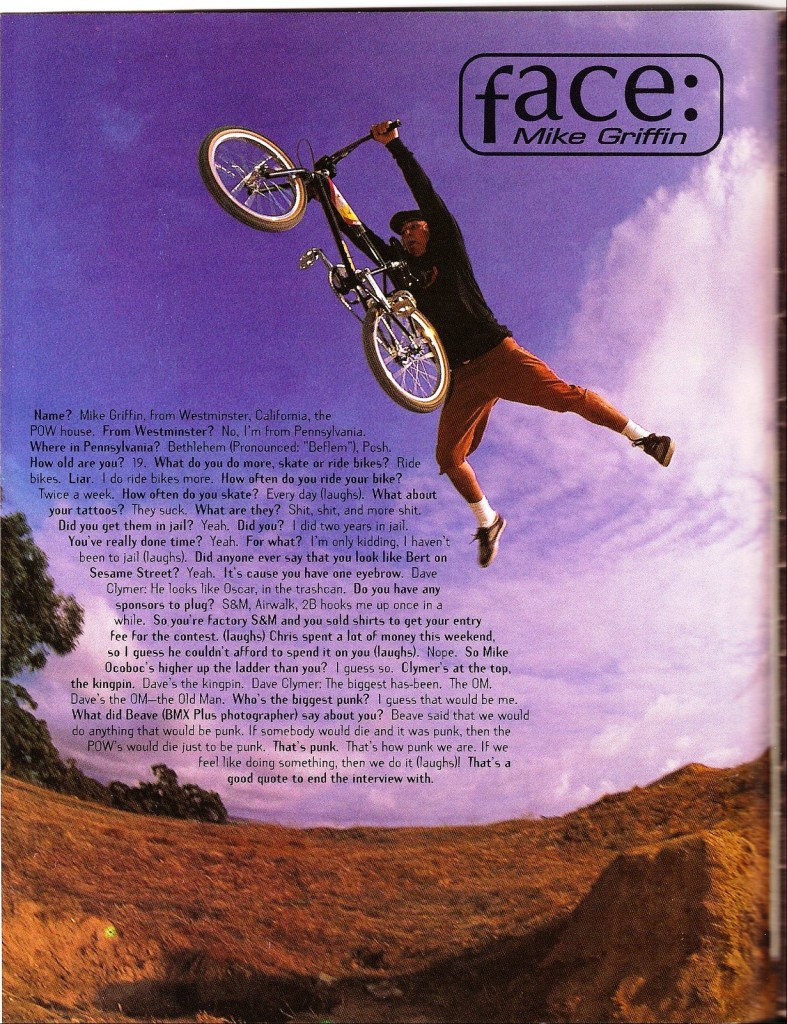 Mike was originally from Bethlehem PA but moved to CA in the early 90′s to live at the POW house and was way ahead of his time with bar spin variations, crank flips, and all sorts of burly tech moves on dirt, mini ramps and street. He had really good parts in 44 Something and BMX Inferno that influenced a whole  new generation to ride differently. Griffin could skate good too and prided himself on having bad tattoos! He left the team in 1998 to ride for Metal Bikes.