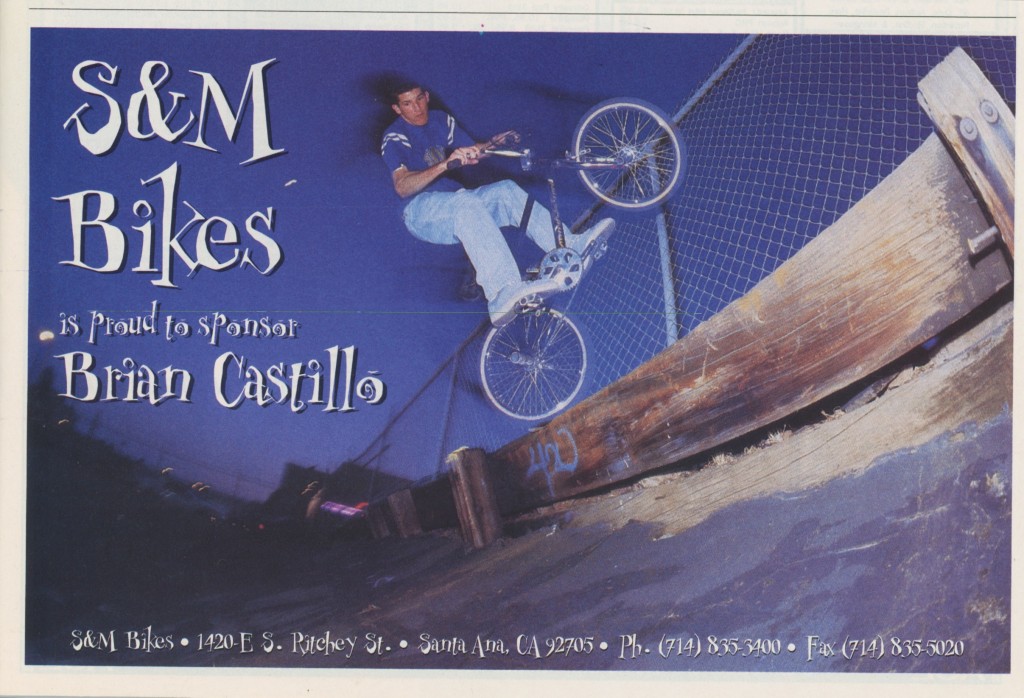 Neighbor to world famous freestyler Woody Itson in Southern California, Brian grew up riding everything from ramps to dirt and street. As a BMX Plus! test rider, Brian joined S&M and filmed a ground breaking street section for our BMX Inferno video in late 1995. He went on to design the 4pc Castillo Bar in 1997 and appear on both DIG and RIDE UK covers shortly thereafter. In October of 1998 Brian left S&M to form Volume Bikes.