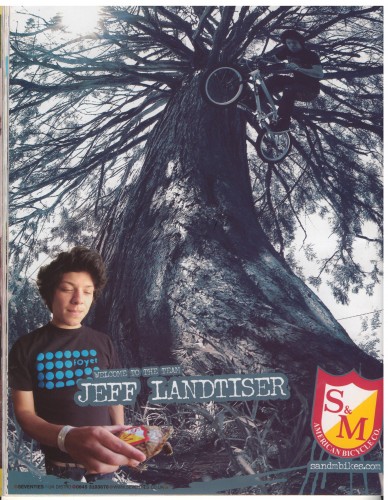 Jeff Landtiser joined the squad in 2005 and officially repped the shield through 2011. He’s still a homie, it’s just that his career as a race car driver really took off and he wasn’t on his bike as much. We hear he’s still rippin’ up Burnside from time to time though!