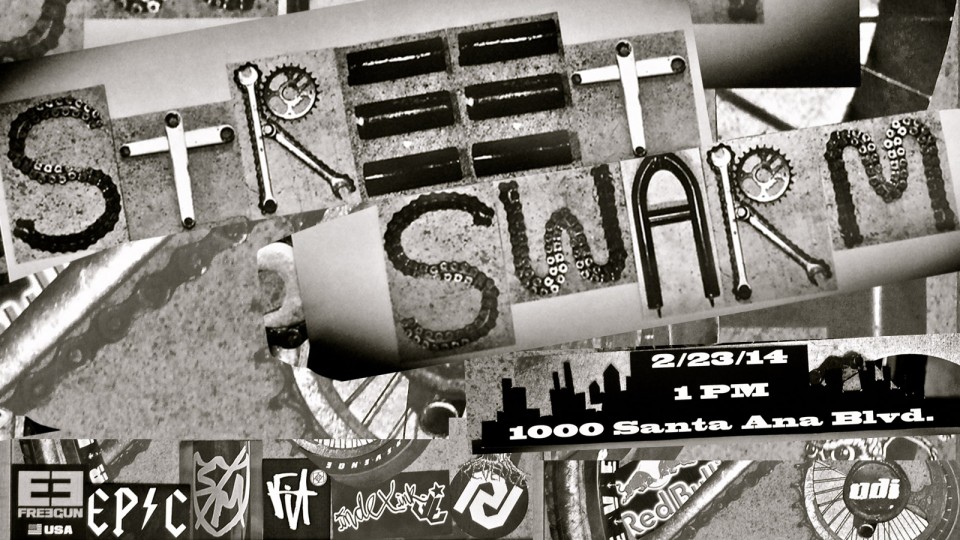 The first half of the event will be in downtown Santa Ana, California, in typical Street Swarm form. Meet at the train station at 1000 Santa Ana Blvd. at 1pm. The second half will be at S&M HQ starting around 3:30 p.m. with ramps, live music, a BBQ, free prizes & Red Bull to toss out to the crowd. Here’s a sweet edit of last year’s S.A. Swarm to get ya’ll fired up for Sunday!