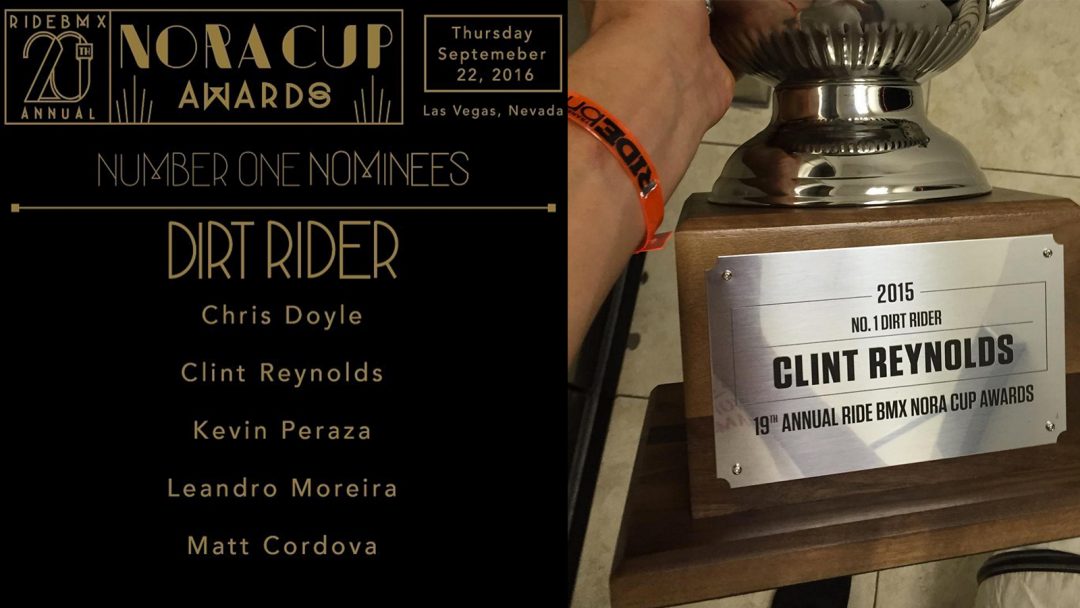 The one and only Clint Reynolds is up for Dirt Jumper of the Year at tonight’s Nora Cup Awards. Will the reigning dude of Deah repeat? Will he haul the hardware back to The Building for fifth year in a row (Hucker took home the title in 2012, 2013 and 2014? We’ll know later tonight, but one thing’s for sure, both those boys will be having a blast on their bikes regardless … which is probably why they’ve earned the recognition they have. They’re doing it right.